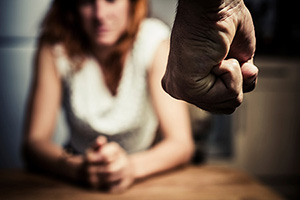 An act of violence is considered family violence if it is committed against a family member, household member, or a person the offender is currently involved with or has been involved with romantically in the past, including:

In the state of Texas, assault charges can result from something as seemingly minor as a threat of bodily harm to someone else, even if no weapon was involved. If you’re facing assault charges, contact Houston assault lawyer Paul Darrow for help. When these people are lovers or family members, the charge will be considered assault – family violence. While it is understood that disagreements between people can sometimes get out of hand and cause them to act in ways they would not otherwise, when such actions result in aggression and harm to others, legal action may be the result. In other words, under Texas law, an individual can be charged with assault even if no physical contact between parties actually occurs.

Additionally, according to Texas criminal law, assault can be charged if someone:

So not only can you be charged with assault for punching, kicking, or otherwise harming someone during a fight, but if you simply poke a person in the chest, or just tell that person that you are going to beat them or harm them in any way, and that person has a reasonable fear that you are able and intentional about doing it, you can be charged with assault. Our Houston domestic violence attorney will defend you!

Continuous Violence Against the Family

In addition to being charged with assault, a person can be convicted of the crime of continuous violence against the family in the state of Texas if he commits two domestic assaults in a twelve-month period of time. This can occur even if neither assault resulted in an arrest or conviction. Additionally, the two assaults don’t even have to have been committed against the same victim. This crime is considered a third-degree felony in Texas.

Domestic violence crimes are punishable in the state as follows:

In addition, anyone convicted of simple assault in Texas can be required to pay restitution, which involves reimbursing the victim for any costs or expenses resulting from the assault crime, such as the cost of medical treatment, counseling, and repair or replacement of any damaged property.

Why Do I Need A Houston Domestic Violence Lawyer?

At a minimum, these cases are charged as class A misdemeanors, punishable by up to a year in jail and a fine of up to $4,000. A prior conviction for another crime can increase the punishment minimum jail time. Additionally, a past conviction can be used to severely increase the penalty range in a future domestic violence case. Again, this is true even where a person successfully completes deferred adjudication probation. For instance, where the case involves domestic violence against a family member, it cannot later be sealed by a petition for non-disclosure. This means that, unlike with other offenses, a person who pleads guilty and successfully completes deferred adjudication probation can never overcome the domestic violence/family violence label. It will follow that person for life.

Once the prosecutors are ready to make their case, they will move swiftly. It is important for you to contact an experienced Houston assault – family violence attorney with experience in criminal law for help. Paul Darrow is a former prosecutor who understands how the system works and brings a wealth of experience to his criminal defense practice. Paul knows how to get results for those he is defending. If you are facing charges of domestic violence, make sure you have a great defense team that is willing to fight for you. Call today at (713) 641-5300.