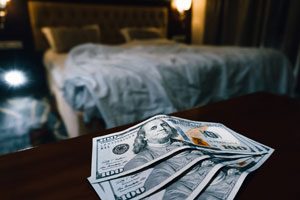 In order to prove that a person committed the offense of prostitution, the government must show beyond a reasonable doubt that one of two different scenarios occurred. The first scenario is that the person accused knowingly offers to engage, agrees to engage, or engages in sexual conduct with another person for a fee.

The second scenario is that the person accused knowingly solicited another in a public place to engage with the person in sexual conduct for hire. This second scenario applies to the person who offers to pay for sex. These sex crimes can become a serious offense and call for the help of a Houston solicitation of prostitution attorney.

How Solicitation of Prostitution Cases are Typically Investigated

A criminal charge for Solicitation of Prostitution or Prostitution is almost always the result of an undercover sting operation by a law enforcement agency. It is important to hire a criminal defense lawyer like Paul Darrow that is familiar with the tactics and methods that law enforcement uses to investigate and prosecute these types of crimes. As a former Assistant District Attorney, he knows from the “inside” how these cases are investigated and prosecuted. The investigation usually happens in one of two ways.

In the first scenario, police officers act as if they are a prostitute soliciting everyday citizens in strip clubs, on the internet, or on the street corner. They are usually wearing a hidden microphone or “wire,” and try to get the other person to just make an agreement to exchange some type of sexual activity for money. Sometimes they video record the “transaction.” Many people are surprised to find out that just the mere agreement to exchange money for sex is a crime. The actual sex act doesn’t even have to occur.

In the second scenario, the undercover officer plays the role of the “John” or person looking to hire someone to give money to in exchange for a sexual act. These police officers typically look on the Internet or strip clubs. They try and get someone to just make an agreement to exchange a sexual act for money. Again, these conversations are almost always recorded.

Defenses for Solicitation of Prostitution

Getting arrested for, and being charged with, solicitation of prostitution is not necessarily a hopeless situation. In many cases, the person accused of prostitution has a viable defense under the law that may clear him/her of the crime.

Furthermore, unless the government can prove that an agreement was actually made beyond a reasonable doubt, they are unable to convict a person of solicitation of prostitution or prostitution. Many times an overly zealous police officer tries to push and manipulate the person to make such an express agreement. These police officers many times jump the gun and arrest a person before any crime has actually occurred. Often times these cases can be successfully defended because the prosecutor cannot prove beyond a reasonable doubt in a Texas court of law that there was, in fact, an express agreement.

In addition, the government cannot use the mere fact that a person has a previous criminal record or reputation for prostitution as proof that he was engaged in prostitution. For example, say the police find two people having sex in a car in a parking lot. The police run both people’s criminal record and see that one has a previous conviction for prostitution. Without any other evidence that the two were having sex in exchange for money, the government cannot prove that the two people committed the offense of prostitution. They may be charged with another crime, depending on the circumstances, but those facts alone do not prove prostitution, even where one of the people has a reputation or prior conviction for the offense.

Finally, the law allows for a defense where the person accused is a victim of human trafficking. This is because of the interest that law enforcement has taken in recent years in the phenomenon of human trafficking and the exploitation and abuse that often goes along with it.

Where a person is accused of soliciting a person under the age of 18, that person faces a second-degree felony, even where the accused has no knowledge of the other person’s age. A second-degree felony is punishable by between 2 and 20 years in prison and a possible fine of up to $10,000.

It is critical to hire an experienced and aggressive criminal defense attorney to defend you if you are charged with Solicitation of Prostitution. Attorney Paul Darrow is a former prosecutor and Houston sex offense lawyer that has dedicated his career to defending people accused of a crime. Contact us today so that we can get started defending you against the criminal charges you are facing.