Houston Aggravated Sexual Assault of a Child Under Six Lawyer 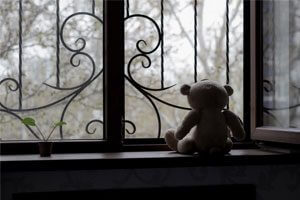 Texas legislatures have seized upon the emotional nature of the crime of Aggravated Sexual Assault Against a Child under Six to pass laws that are some of the toughest in Texas. While those proven guilty of such a crime may undoubtedly deserve punishment, the law has the effect of putting those wrongly accused in jeopardy. Sexual allegations, because the acts are generally performed in secret without witnesses, are often made based on the word of a single person, in this case, a very young child who may be unreliable, suggestible, and/or subject to manipulation or leading by an adult. Our Houston aggravated sexual assault of a child under six lawyer, Paul Darrow, will be there to defend your rights!

A person convicted of Aggravated Sexual Assault of a Child Under 6 faces a minimum sentence of 25 years in prison, and up to 99 years or life in prison with a $10,000 fine. A person sentenced under this statute cannot get parole but must serve their sentence day for day.

Anyone accused of this highest degree of child sexual abuse, considering the severe penalties that accompany a conviction, needs the most experienced, skilled, and committed Houston sex offender lawyer they can find at the very earliest indication that an accusation is being made. There is no better choice than our Houston aggravated sexual assault of a child under six attorney, Paul Darrow.

As a former child sex crimes prosecutor, Paul can anticipate every action the prosecution will take to use whatever evidence they can assemble against you. By conducting a thorough investigation, he can bring factual material to dispute the evidence and allegations and will make every attempt to show that it is insufficient to support filing charges.

It is important to act at the very first inkling that an accusation will be made, even before you’ve been approached by police, if possible. The more time we have to determine the facts before an arrest takes place, the better position we will be in to avoid having charges filed. This is important, because any time you are charged with any sexually based crime against a child, your reputation can be permanently damaged, even if you are not ultimately convicted. Our Houston Aggravated Sexual Assault of a Child Under Six Lawyer will help.

If charges are filed, Paul Darrow’s meticulous preparation and attention to every detail that might undermine the prosecution’s case will give you the best chance at the outcome most favorable to you. Of particular importance is the fact that Paul has years of experience interviewing children and getting at the truth behind their accusations.

If you are in a position where you are facing an accusation of Houston aggravated sexual assault of a child under six or any other sexually-related offense, do not delay. Contact the law office of Darrow Law Firm, P.C. for committed, skilled, and respectful defense to avoid loss of your reputation and your freedom.