Houston Sexual Performance by a Child Attorneys in Houston, TX 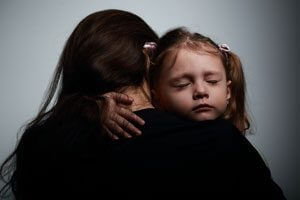 Even in cases where the child does not actually participate in an act of sexual conduct, the performance can be the subject of a prosecution where it simulates such sexual conduct.  If the performance suggests that the child depicted would be willing to engage in sexual activity—as with certain sexually suggestive poses—then an adult involved can be charged with this crime.

This list may seem repetitive and redundant.  And that is because it is.  Because of Texas’s voters’ demands to protect children from being exploited, lawmakers have criminalized a laundry list of acts relating to sexual performance by a child.  It is important to note that many of these terms can also refer to electronic transfers, such as email attachments and use of file-sharing websites.

Defenses to Sexual Performance by a Child

Because the law is especially strict in areas where it attempts to protect children, there are very few legal defenses for child sex crimes, aside from proving that the act never occurred.  In the case of Sexual Performance by a Child, the law provides for three affirmative defenses.  An affirmative defense is one in which the accused admits to the act, but also presents evidence of additional facts which provide him with a legal excuse.

Lawyer Paul Darrow is a former sex crimes prosecutor that has both prosecuted this crime and defending it in trial. It is important to hire aggressive and zealous representation when charged with such serious crimes. Call us today to get started effectively defending yourself against such criminal charges.