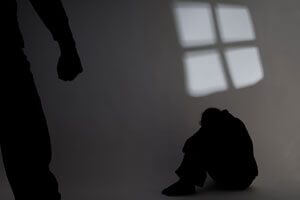 Aggravated Sexual Assault of a Child is one of the most serious criminal charges in the State of Texas. Being convicted of this charge can have a devastating effect on a person’s life. A conviction can carry not only long prison sentences, but it also carries lifetime registration as a sex offender. Being branded a sex offender can follow you for the rest of your life. If you’re facing such charges or allegations, it is important that you find an effective Houston aggravated sexual assault of a child attorney today.

Under Texas law, a person can be convicted of aggravated sexual assault of a child if two elements can be proved beyond a reasonable doubt:

1. The person, regardless of whether the person knows the age of the child at the time of the offense, intentionally or knowingly:

Aggravated Sexual Assault of a Child is a first-degree felony that can carry a minimum sentence of five years, and up to life in prison and up to a $10,000 fine. A conviction also requires a person to register as a sex offender for the rest of their life.

If the child is under the age of 6 at the time of the offense it carries a minimum sentence of 25 years, and up to life in prison, without the possibility of parole, and a $10,000 fine. This conviction also requires a person to register as a sex offender for life.

Without representation by an experienced and skilled sex crimes attorney like Paul Darrow, you risk spending the remainder of your life in prison. Let him use his background as a former child abuse prosecutor to go to work for you!

The earlier you get a lawyer involved, the better your chances for a satisfactory disposition. Never delay in retaining the Darrow Law Firm, PC in hopes that it will just go away. Never take the chance of harming your future by allowing police or prosecutor to violate your constitutional rights. You should have your lawyer present from the very first time you are questioned, whether by police or Child Protective Services.

We will investigate the facts of your case and attempt to avoid having charges filed whenever possible, and if charges have been filed, we’ll identify the best available defense. The first thing we’ll want to determine is if when the child came to make the accusation the child was either deliberately coached or inadvertently influenced by an adult. Sometimes adults use children to make sexual abuse allegations to further some agenda of their own, and sometimes authorities question a child in such a way as to elicit the answers they are looking for, resulting in a false accusation by putting words in their mouth. We have access to experts we can call on to provide an explanation to the jury of how various circumstances, including improper questioning of children, can result in false allegations.

We will never judge you because of these horrible accusations or think of you as anything other than as an innocent person. If you’ve been looking for a lawyer, you may have discovered that many will not represent those accused of sex crimes involving children. At the Darrow firm, you’ll always enjoy our presumption of your innocence, and we will treat you with the respect and dignity you deserve. Call our Houston Sex Crimes Attorney now for a free initial consultation.