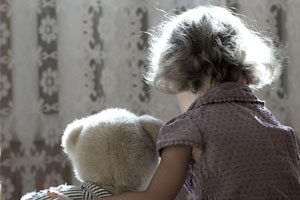 Sexually inappropriate contact between an adult and a child is so offensive to most people that the mere accusation of child molestation can cause friends and family to turn their backs on the accused, even without the charges having been substantiated. While a person accused of any crime should be considered innocent until proven guilty, in cases of child molestation allegations, the opposite is often true; people are often quick to judge a person guilty based on an unsubstantiated allegation. In fact, many criminal lawyers refuse to accept these cases because they are uncomfortable around those accused of such a heinous crime. Houston Child Molestation Attorney Paul Darrow will be the one to protect you!

This is incredibly unfair to the innocent victim of a false child molestation allegation. The truth is that innocent people are erroneously accused every day, for a variety of reasons. A common one is related to child custody battles during or following a contentious divorce. A stepchild may fabricate molestation charges against a stepparent who has attempted to assume an unwelcome disciplinary role, or a student may use false allegations to punish a teacher against whom the child has a grudge.

At one time it was widely believed that a child could not fabricate sexual molestation charges because a young child would not have sufficient knowledge of sexual matters to invent such a charge. Today, most children have been exposed to sexually suggestive if not explicit movies, television, websites, and magazines, and have a level of familiarity with human sexuality that would have shocked a previous generation. Young children are also open to suggestion and manipulation by adults with their own agendas who would use a child as a means to achieve their end.

At the Darrow Law Firm, PC, we know that being accused of child molestation is very different from being guilty of it. With Houston Child Molestation Attorney Paul Darrow, you are presumed to be innocent and can expect a rigorous and aggressive defense to prove that innocence.

Definition of child molestation in Texas

Child molestation in Texas law is sexual abuse, sexual conduct, or indecency with a child, meaning anyone under age 17. Under Texas Penal Code Section 21.11, sexual abuse of a child can be charged as a third, second, or first-degree felony, depending on whether the child was above or below the age of 14, the type of abuse the child is alleging, and how many acts of sexual contact allegedly took place.

GET IN TOUCH WITH HOUSTON CHILD MOLESTATION ATTORNEY PAUL DARROW

Contact us right away. The sooner you act to retain Attorney Paul Darrow, the better the chances that we can make your molestation charges go away. At the earliest hint that someone intends to accuse you, even if law enforcement is not yet involved, we can often prevent the irreparable harm to your future that sexual molestation charges can bring. In many cases, we can keep you from being charged with a crime by making sure that prosecutors have the actual facts before making a decision to officially file a charge. Even if it is not possible to keep you from being charged, our aggressive participation at the pre-charging stage could result in a lesser charge and further protect your Constitutional rights, which gives us an improved ability to obtain a more favorable disposition.

We’ll pursue every avenue of investigation, question the competency of witnesses, object to any attempt to present “expert medical opinion” testimony regarding non-medical issues, and leave no stone unturned to provide you with a thorough and  aggressive defense.

If you anticipate a child molestation accusation against you, or if you’ve already been accused, you can’t afford to take a wait and see attitude. Call a Houston sex crimes attorney today. Your reputation, freedom, and future depend on it.