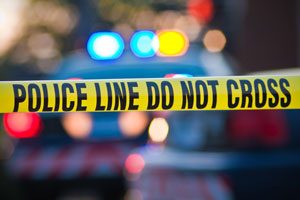 Texas is known to be very tough in its prosecution of sex crimes, especially sex crimes against children.  A person who has been accused of a sex crime in Texas often faces many years in prison and lifetime registration as a sexual offender.

Because the penalties are often so severe and because being charged with a sex crime more often than not does irreparable damage to one’s reputation, it is in the accused’s best interest to engage the services of an experienced and aggressive sex crimes attorney. In Houston attorney Paul Darrow has the experience and dedication you’re looking for when you need a Houston criminal defense lawyer.

A former sex-crimes prosecutor, Paul has an insider’s knowledge of how the prosecutor’s office will handle a case and how they will use the available evidence against you. He is often able to persuade the prosecutor not to file charges by investigating and producing evidence that the case is untenable. Avoiding charges is always the first priority, because even if you are not convicted, you may be presumed to be guilty by former friends, neighbors, and employers.

Sex Crimes Accusations and Your Future

When you’ve been convicted of a sex crime, you usually can’t simply serve your time, pay your debt to society, and pick up the pieces of your life. Once convicted of a serious sex crime, your name will appear on a public list of registered sex offenders for the remainder of your life, along with your photo and address. You will be restricted in where you can live and where you can work. You could even be held beyond the end of your sentence in civil commitment is some situations. Added to that, we know that because of their nature and the fact that many sex crimes are committed in secret, physical evidence is often lacking, which makes it more likely that a person is wrongly convicted based on a false accusation.

A sex crime conviction means life as you know it is over. Therefore, whenever possible, we try to intervene at the earliest possible stage to prevent charges from being filed. If you are charged, we will pursue the best defense available to prevent a life-destroying conviction. If you are under investigation for a sex crime in Texas, we are here to help you.

Any delay in hiring a lawyer could harm your case

If you are facing an accusation of a sex crime, you need to protect your future. Our Houston sex offense attorney Paul Darrow can help. He has the experience, skill, and dedication to protecting the rights of the accused that will ensure the best resolution possible given your situation. As Paul Darrow’s client, you will be treated with the dignity, respect, and presumption of innocence that you deserve.

Any delay in hiring a lawyer could harm your case, so call the Paul Darrow Law Firm today. The initial consultation is free.