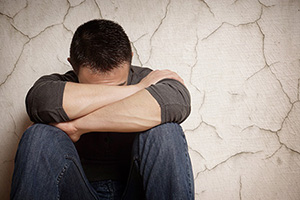 Assault is considered a criminal offense in the state of Texas and prosecutors take this crime very seriously. A person commits this crime if they intentionally, knowingly, or recklessly cause bodily injury to another person. Assault charges can also result from something as seemingly minor as a threat of bodily harm to someone else, including a spouse or family member. So, while it is understood that disagreements between people can sometimes become tense and cause them to act in ways they would not otherwise, when such actions result in aggression and harm, legal action may result. That is because any kind of threat of a violent attack, with or without the involvement of a dangerous weapon, can be considered assault. In other words, under Texas law, an individual can be charged with assault even if no physical contact between parties actually occurs. However, these charges usually result from causing “bodily injury.” If you’re facing assault charges, contact our Houston assault lawyer at Darrow Law Firm, P.C..

Additionally, according to Texas criminal law, assault can be charged if you:

So not only can you be charged with assault for punching, kicking, choking, or otherwise harming someone during a fight, but if you simply poke a person in the chest, or just tell that person that you are going to beat them up or harm them in any way, and that person has a reasonable fear that you are able and intentional about doing it, you can be charged with assault.

Assault in the State of Texas

Generally, if a person makes violent or offensive contact with another individual, that person can wind up in court fighting assault charges, even if there was only a threat to do so. For a first-time offender, the penalty might be considered a misdemeanor, but even a misdemeanor assault charge can still result in a sentence of up to one year in jail and a possible fine of up to $4,000. When an assault accusation includes choking or the impeding of another person’s breathing, however, the aggressor may be charged with a third-degree felony, carrying a sentence between 2 and 10 years in prison and a possible fine of up to $10,000.

Class A Misdemeanor: Assault where the offender causes bodily injury to the victim will be considered a Class A misdemeanor except in certain circumstances. In Texas “bodily injury” is defined as “pain.” Therefore, any report of pain by the complaining witness can be probable cause for an arrest for Class A assault.

The assault will be considered a third-degree felony if:

Simple Assault in the State of Texas

Class C Misdemeanor: Simple assault involving threats of physical harm or contact that is offensive is normally a Class C misdemeanor, except in certain circumstances, such as:

An assault is considered a domestic assault or “family violence” in the state of Texas if the offender and victim are family or members of the same household. This includes spouses or former spouses, adults who are related by blood or marriage, persons who live together, and those who are or were engaged in a romantic or intimate relationship. Domestic assault in Texas can either be considered a misdemeanor or a felony, depending upon the circumstances, as well as on the offender’s criminal history.

Penalties for Assault in Texas

A person convicted of a misdemeanor assault in the state of Texas faces the following possible penalties:

If you have been involved in an incident like any of those described above, your intentions may have been misunderstood or the person involved may be falsely accusing you of something you did not do. In either case, legal representation may be the needed course of action to protect yourself. Whatever the case, being accused of assault can be a nightmare.

In the state of Texas, many different categories of assault exist, each with a unique set of consequences for the person accused. This can be unsettling, to say the least, when a person is trying to understand what he or she is up against. You need knowledgeable legal representation to help you navigate the complex legal challenges before you; Houston defense attorney Paul Darrow is here to help.

Paul’s experience as a former prosecutor brings a wealth of experience to his practice as a criminal defense attorney and gives him the advantage when it comes to achieving the best results for his clients. When it comes to defending those who are facing the serious consequences of a criminal charge conviction, he will fight for you! If you are facing charges of assault, make sure you have a defense team that will work hard for you!  Contact the Darrow Law Firm, P.C. today at (713) 641-5300.