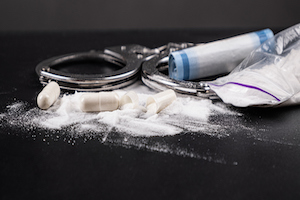 At the Darrow Law Firm P.C. we handle Possession of a Dangerous Drug charges in Houston and all surrounding communities. In the state of Texas, a person can be charged with Possession of a Dangerous Drug by possessing a drug that is not considered a controlled substance by the Texas Health and Safety Code, even if you have a prescription. Convictions can result in a permanent criminal record, driver’s license suspension, and other associated consequences.

If you are arrested for drug possession in the state of Texas, you could face felony drug charges, depending upon the level of the offense. This is determined by the type of drug you have in your possession, the amount, and any aggravating circumstances surrounding the event (such as intent to deliver, or being in a drug free zone such as a school) at the time of your arrest. You will need a Houston dangerous drug possession attorney to defend your case.

Most drugs are classified into penalty groups, while marijuana has its own classification.

If you are convicted of a drug possession offense, you may not only face long prison sentences, but other serious consequences as well and will the help of a skilled Houston drug crimes lawyer. A conviction, even if you only receive probation, will result in suspension of your driver’s license for up to a year, will show up on your background check as a criminal offense forever, and can even prevent you from being able to receive federal student loans.

When it comes to protecting your freedom and your future, don’t take any chances!  Your choice of legal representation could make all the difference. If you are under investigation for any type of drug offense, it is imperative that you obtain qualified legal representation as soon as possible. Contact Paul Darrow today.

Paul is committed to excellence and believes in keeping a smaller case load in order to have the necessary time to dedicate to each client’s case. Paul will advocate for you vigorously to help you avoid jail time and to minimize penalties and fines.