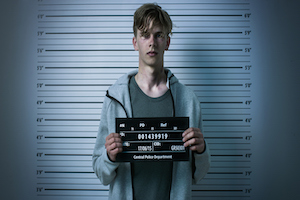 In the state of Texas, being charged with any type of drug charge as a juvenile is a serious event. Most juvenile drug courts will treat this offense as a serious one, so expect some potentially harsh penalties if you are found guilty. Not only will a drug charge on your record negatively impact your chances of receiving the kind of education you want, but entering into the military and participation in other activities may be denied you as a result. For this reason and more, it is vital that you contact a Houston underage drug crimes lawyer immediately if you are arrested or are being brought up on charges related to any type of drug offense.

While adults who are arrested for possessing or dealing illegal drugs are charged accordingly and have their crimes handled in a regular trial court, juveniles are not typically charged in the same way. Such cases are handled in the juvenile court system and tend to be handled less formally. A seasoned juvenile crimes attorney can help you and your loved one properly navigate these cases.

A wide range of drugs (including prescription medications) are controlled substances and are regulated by both state and federal laws. Anyone who possesses any of these without a legally recognized reason can be charged with drug possession. Anyone under the age of 18 who knowingly does so will be charged with juvenile drug possession.

The laws state that any juvenile that illegally possesses a controlled substance, and does so knowingly, can be charged with juvenile drug possession. This might occur when a youth is pulled over for speeding or some other driving infraction and the officer notices marijuana or some other drug in the car. As for knowledge, a simple denial about not knowing the substance was in the vehicle will not be sufficient enough for authorities to excuse the fact that they were still in his or her possession. The key is control over the area where the drugs are found. If the juvenile has control over that area (room, locker, car), he or she can also be charged accordingly.

The penalties, if found guilty, can result in some serious consequences. While the crime of drug possession is the same for both adults and juvenile, the cases are handled differently and a skilled Houston underage drug crimes lawyer can help. Juvenile offenders may be sentenced to:

Having a criminal conviction on your record will have a long-standing negative effect on both you and for your family. You may also have difficulty in finding future employment, find it hard to obtain a lease, or be ineligible for educational loans. Minimizing the negative effects and consequences of criminal arrest and any resulting charges is our goal. We are ready, able, and committed to assisting you with your case and will fight for your rights and best interests while working diligently to achieve the best possible outcome. Contact Paul Darrow today at 713.641.5300.