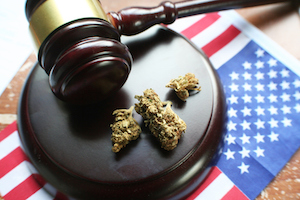 Federal drug charges, including conspiracy charges, are extremely serious. The state of Texas has very strict laws when it comes to drug possession, distribution, trafficking, or manufacturing of controlled substances and narcotics. In most cases, those charged with such crimes will face stiff fines, jail or prison sentences, probation time, and loss of driver’s licenses.

Federal cases are usually the result of months or even years of investigation involving various agencies (such as the FBI and DEA), and may have involved the use of wiretaps, video surveillance, and various informants.

While a simple drug possession conviction may result in a relatively light state sentence that includes only fines or short prison terms, federal charges are much more severe, and because prosecutors, judges, and juries use factors such as prior criminal history, intent to distribute, and type of drug involved to determine the appropriate charges and resulting sentences, these can vary widely.

You should know, too, that federal state drug laws will more often than not differ from state laws, in that state laws tend to be more lenient compared to federal laws (federal laws tend to be quite harsh). You should also know that federal drug charges are subject to the mandatory minimum sentencing laws and can be extremely severe in some cases. It is vital, then, to have adequate legal representation when it comes to protecting yourself against any drug related charges against you.

A federal drug crime can be charged when the offense occurs on federal property, or when the crime involves a federal agent (typically undercover). The most common way that this type of charge is brought is in a case of distribution or trafficking.This typically involves large amounts of drugs or interstate commerce. Paul Darrow is a well known distribution and Houston federal drug crimes lawyer in Houston.

Most commonly, federal drug charges include:

Have you been arrested on drug possession charges or possession of a controlled substance?

Attorney Paul Darrow is a Houston drug lawyer that defends people accused of such crimes. Depending on the type of drug and the amount of the drug the range of punishment could be anything from probation up to life in prison for possession of a controlled substance with intent to deliver.

As a former felony prosecutor Paul understands how these cases are investigated and prosecuted. He received training from some of the top legal minds in the area of 4th Amendment search and seizure law and is dedicated to defending his client’s constitutional rights.

If our Houston federal drug crimes lawyer finds any violations of the law or in police procedure he will file motions to have evidence of guilt suppressed from ever being heard by a jury. In many cases this leads to a complete dismissal of criminal charges.

Once the federal courts are ready to make their case, they will move swiftly. It is important for you to contact a defense lawyer with experience in criminal law for help. Paul Darrow is a former prosecutor who understands how the systems works. If you are being accused of any of these crimes, you will need an experienced and thorough attorney to review all aspects of the evidence against you. Fight your federal drug crime charges today by calling the Darrow Law Firm P.C. today at (713) 641-5300.