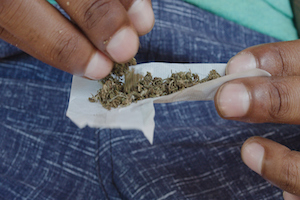 Large fines and lengthy imprisonment can be the result of a possession conviction, as can consumption or selling of the controlled substance and/or drug paraphernalia. A conviction for possession of marijuana can also lead to some other hefty consequences and can result in the suspension of your driver’s license for up to one year, even if you get probation, and a permanent criminal record. In addition, college and graduate students can lose their student aid.

The amount of marijuana in your possession at the time of arrest will determine the penalties resulting in either misdemeanor or felony charges. The larger the amount, the more damaging the consequences you will face.

Does the state of Texas allow the use of marijuana for medical purposes?

Texas is one of the states where medical marijuana is barely legal for medical purposes.

While the state has passed some recent legislation legalizing marijuana with high CBD and low or no THC levels, it is for the treatment of severe seizure disorders and perhaps a few chronic diseases only, and that has some very strict requirements attached to it.

What that means, then, is that current law still states that possession of even a tiny amount of marijuana can land you in jail. Even less than two ounces can carry a maximum penalty of 180 days in jail and a fine of up to $2,000. Penalties are, of course, even more serious for possessing any of the concentrates such as hash oil. That would be charged as a felony and can result in up to two years in state prison.

Selling just seven grams (approximately one-quarter ounce) of marijuana also carries some stiff penalties. That small amount would come with a maximum of 180 days in jail and a possible fine of $2,000, while selling more than 50 pounds of marijuana can land you in prison for up to 99 years because it is a felony. You need to get in touch with Houston criminal defense lawyer Paul Darrow to assist you with legal help.

Offenses and penalties under federal law

Possession of drugs (including marijuana)

Manufacture, distribution, or dispensing of drugs (including marijuana)

Offenses and penalties under the Texas state law

Paul Darrow is a drug crimes attorney who is devoted to securing the future of his clients. He will thoroughly review all the evidence available and start building a firm defense plan for you. He brings a wealth of experience to his criminal defense practice and knows how to get results for those he is defending. If you are facing charges of a federal crime, make sure you have an aggressive Houston marijuana possession attorney to fight for you! Don’t hesitate, call today!