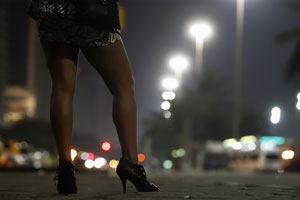 Penalties for Promotion of Prostitution

Contact a Houston Promotion of Prostitution Lawyer at Darrow Law Firm, P.C. Today to Get Started

If you have been charged with Promoting Prostitution, you need a knowledgeable attorney to fight for you.  Paul Darrow’s experience, both as a former prosecutor, and now a skilled Houston Sex Offender Lawyer, makes him an essential member of your team. To learn more about your options call our office today at (713) 641-5300 to schedule a consultation.