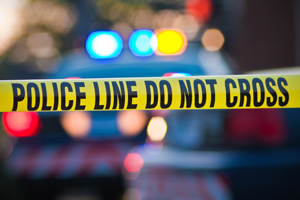 In Texas, a felony is a serious crime where the punishment is determined by the type (or legal designation) of the felony. For example, a Capital Felony, such as murder, is a crime that is punishable by death or life without parole, while a Third Degree Felony may be punishable by only two to ten years in prison. Felonies are crimes punishable by terms that must be served in state prison or state jail, while less serious crimes (misdemeanors) are punishable by up to one year in local or county jail. Due to the severity of a felony charge, its essential to hire a skilled and experienced Houston felony defense attorney.

The most serious of these crimes is designated a Capital Felony. This is where someone might be accused of intentionally causing the death of another person, murder of a police officer or public safety officer or firefighter in the line of duty, a correctional officer, or a judge. Also, intentional murder during the course of a kidnapping, burglary, arson, or aggravated sexual assault will also qualify as a capital felony. This is the most severely type of crime punished under Texas law, and is punishable by death, lethal injection, or by life imprisonment.

A first degree felony can also result in a sentence of up to life imprisonment as well as a fine of up to $10,000, depending upon the circumstances. Crimes in this category include burglary of a habitation with the intent to commit a felony, aggravated robbery, or burglary with the commission of a felony, as well as murder. First degree felonies are more serious than second degree felonies and are punishable by imprisonment from five to ninety-nine years, in addition to fines of up to $10,000, and probation. The need for a Houston felony defense attorney is mandatory.

These crimes may be punishable by prison terms of two to twenty years in state prison and stiff fines of up to $10,000. Examples of Second Degree Felony include bribery, aggravated assault, robbery, manslaughter, intoxication manslaughter, and evading arrest where the death of another occurs. Causing serious injury to a family member also falls into this category.

These are also considered serious criminal charges in Texas and are punishable by imprisonment of at least two to up to ten years in prison with a possible fine of up to $10,000, as well as the possibility of community supervision. Examples of Third Degree Felony include intoxication assault, DWI (third offense), aggravated perjury, and bail jumping of a felony arrest. Possessing five to fifty pounds of marijuana is also considered a third degree felony.

State jail felonies are the least serious of the felony offenses and are punishable by 180 days to two years in state jail and a fine of up to $10,000. If a crime is identified as a felony and is not designated as a particular kind of felony, then the felony falls into the category of state jail felony. Examples of state jail felonies could include check forgery, theft of property valued between $1500 and $20,000, a DWI with a child passenger in the vehicle, possession of a very small amount of a controlled substance, burglary of a building, or criminally negligent homicide.

A judge is obligated to punish a defendant convicted of a state jail felony for a third degree felony term if:

Once the federal courts are ready to make their case, they will move swiftly. It is important for you to contact an experienced attorney with experience in criminal law for help. Paul Darrow is a former prosecutor who understands how the systems works and who brings a wealth of experience to his criminal defense practice. Our Houston felony defense attorney knows how to get results for those he is defending. If you are facing charges of a federal crime, make sure you have a defense attorney that will fight for you. Call today at (713) 641-5300.