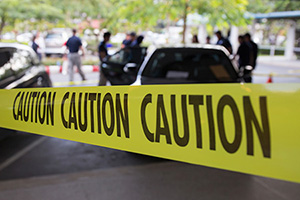 Very generally, there are four different types of criminal murder/homicide that exist within the Texas statutes, ranging from very severe to less severe. For each of these charges, it is essential to hire a skilled and experienced Houston murder defense lawyer like Paul Darrow. These charges include:

The most serious crime an individual can be accused of is capital murder and it is punishable by death. A person is said to commit capital murder if her or she knowingly or intentionally murders a child under the age of six, murders a peace officer or fireman, murders for hire, kills someone in the course of committing a robbery, arson, kidnapping, assault, or while making a terrorist threat. Also, if more than one person is murdered, a charge of capital murder will result, and the punishment is imprisonment for life without parole or death. The need for a Houston criminal defense attorney will be imminent.

According to Texas law, you may also be held criminally responsible for someone else’s actions if you aid, abet, or conspire with the murderer. In other words, being an accessory makes you responsible as well. Under the felony rule, that would make you as eligible for the death penalty as the person who actually committed the murder.

Murder is committed if a person knowingly or intentionally causes the death of another individual. Even if the person accused of murder only intended to cause bodily harm but committed an act that endangered another and led to the deceased’s death, he or she will still be held responsible for committing murder.

Additionally, if someone dies while the person accused of murder was attempting to commit a felony, any act that endangers human life and causes the death of another will be considered murder. In that case, a convicted murderer could fact a prison term of 5 – 99 years, or life in prison.

An individual is guilty of manslaughter if he or she recklessly causes the death of another. A person is said to act recklessly, or is considered reckless, when he or she is aware of but still consciously disregards a substantial and unjustifiable risk that leads to the death of another. Risk of a nature and degree that disregard the safety and well-being of others constitutes gross deviation from the standard of care that a typical person would exercise under the circumstances.

When someone is behaving in reckless manner, a prosecutor only needs to prove that this was the case, not that murder was the intent. Being convicted for manslaughter is a second degree felony that could result in a prison term of between 2 – 20 years. It will be mandatory to get receive help from a Houston murder defense lawyer.

A person can be guilty of criminally negligent homicide if he or she causes the death of someone by criminal negligence. A person acts with criminal negligence when he or she should have been aware of a substantial risk to another but was not. In other words, there was a gross deviation from the standard of care that an ordinary person would exercise under the circumstances. This offense is a state jail felony resulting in not less than 180 days but not more than 2 years in a state jail facility.

If you or someone you love is facing a situation like those described above, you need to act immediately. Our office will collect all the facts and help you prepare the best defense possible. Paul Darrow is a Houston criminal defense lawyer who is experienced as a former prosecutor, and brings a wealth of experience to his practice as a Houston murder defense lawyer.  He uses this experience and knowledge to fight for his clients. When it comes to defending those who are facing the serious potential consequences of a criminal conviction, Paul Darrow will fight for you!